Pennie in her bed

Is my dinner ready yet 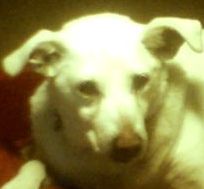 Not all of the people working for homeless orgs are money grabbing careerists,or worse stupid.sOME ARE ANGELS i DONT HAVE TO NAME THEM THEY KNOW WHO THEY ARE its a tradgedy that they are more often than not in a surbordinate position and stick with their job to genuinly help.
I know a girl ,I say girl even though shes in her mid 40s now,she was a teenager when I met her begging on the Hungerford Bridge in the 80s.For over 20yrs she was a hard core heroin user,she knows everey trick in the book that drug users follow,maybe she even wrote it.She got of the drugs sorted her life out got a job with an org that deals with rough sleeping drug users,shes very familiar with the problems and bigotry and difficulty these people face when sorting their lives out or trying.Happy ending - no way,all she gets todo is the donkey work she feels and justibly that she is more qualified than her co-workers,she thinks she has been hired as the token ex-junkie.What a criminal waste of what could be that orgs most valuable asset.Is this her 2nd chance at life,and who could blame her if she went home everynight and stuck a needle in her arm.
Posted by vendazero at 00:25

vendazero
Balham, london, United Kingdom
Big Issue seller,working in the Balham area .Hoping to get a flat in the near future and settle down .